A friend wanted to play some multiplayer Diablo 2, and until the remake is released, we're stuck playing the old-school version (now branded as Diablo 2 classic or somesuch). I haven't actually gotten around to installing Windows on my new laptop, so I went through the process of getting it working under Linux (PopOS!) instead :)

Get Your CD Keys

If you haven't previously purchased Diablo from https://blizzard.com , go do that.

You need a CD key for Diablo 2 as well as one for the Lords of Destruction expansion.

Make sure you select Lutris as the source in the left navigation, then search for "Diablo". It should bring up several items. 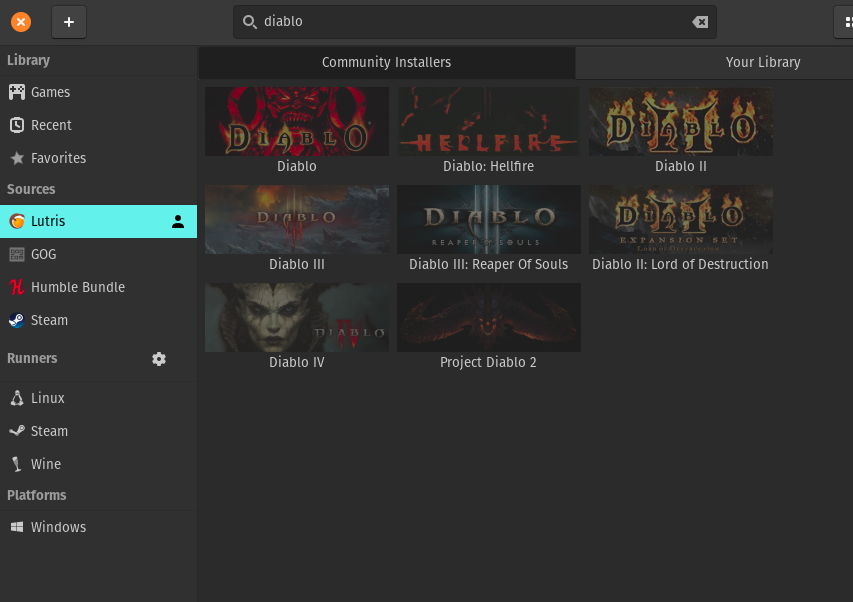 There will be several different installers listed - pick the correct Battle.net version for your region (since I'm installing from the net rather than CD)

Make sure you install it to the SAME path that you installed Diablo 2!

That means matching up in two spots:

During the install, Wine will ask you about some additional packages. When prompted, agree to install them.

The prompt says it's better to use your OS versions, which may be true, but it's not at all obvious what OS repo packages to install from the prompts, so I went with the simpler option.

Diablo 2 (the classic version at least) doesn't support fullscreen in Lutris at all, but you can get pretty close.

This will create a black fullscreen desktop slightly bigger than the game window, and adjust your computer video resolution so it will fill the screen.

At this point everything works great - just load up Lutris and choose Lord of Destruction from the list! 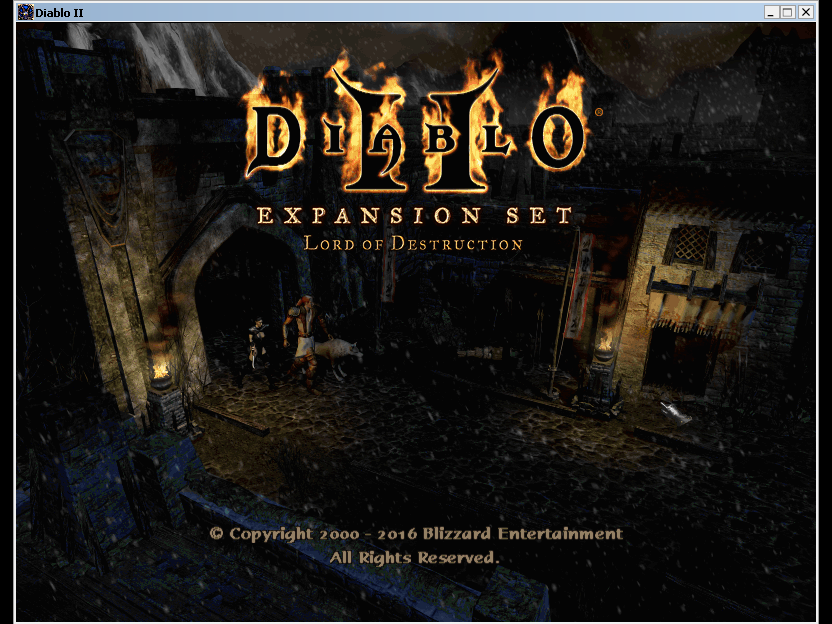